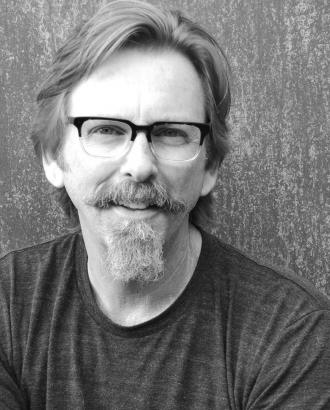 For Jay Jones, creating art was never a goal but simply the result of being submerged in a non-stop creative environment.

Raised in Arizona and educated in New York, Jones began his career as a builder in Art Departments including Pee Wee’s Playhouse, Saturday Night Live, and work for Robert Rauschenberg. The artist’s time living and working in New York City provided
him the opportunity to collaborate with some of the most creative talents of the 1980s in New York's theatre, film, television, and dance worlds.

Jones’ sculpture “Beams” is inspired by the cranes that assemble the next iteration of urban evolution. With a (not-so-subtle) nod to the 1932 iconic photograph, “Lunch atop a Skyscraper" Jones reflects back on his time in NYC. The sculpture plays with the juxtaposition of weight and weightlessness, slowly twisting through its environment both soothing and impactful. As the figures appear above Jones accomplishes his goal, to “ bring more humor to [his] work.”